[originally published in Dark Mountain 11: The Ends of the World]

My story is about two kinds of change: one slow, one very quick. It’s about the end of a way of life that is haunting me personally because it is the way of life of my parents, my grandparents, my people in the most basic sense of the word. It is about my village. It’s not the story of an indigenous people in a far-away corner of the global south, it is about Germany. Plain old ordinary Germany, wealthy and complacent and world-record holder in exporting cars we shouldn’t be building in the first place (here, incidentally, lies the tangent to another story of creative destruction: in order to meet our climate goals, the German car industry will have to go. It is the very basis of our economic stability and prosperity, and it is politically entangled, subsidised, unfairly favoured and currently preventing counter-narratives from taking hold in this country).

‘The way we live’ is a strange, hard-to-grasp-thing. Sometimes, things change dramatically in a very short time. People in the Eastern German village I want to tell you about have ample experience of this. In 1988, people here thought that things would never change. That they would always live in a one-party state with a censored press and without the right to travel or to express their opinion. That the only change they were likely to see any time soon would be the slow, depressing decay of their cities and monuments and the rusting-away of an industrial infrastructure that was out-of-date, polluting and had nevertheless been their life’s work.

My parents were no political activists. They had stayed in the Church and out of the Party, and had compensated their frustration like most other people did – by telling forbidden jokes to their friends and otherwise keeping their heads down. But in 1989 they joined the demonstrators. They did it, my mother once told me, because the sense of inertia and stagnation had become too oppressive to bear. They were stuck in a system that had become ossified, locked into dogmatism. While the country was falling apart, its leaders proclaimed a myth of progress and success. They had become blind to reality, deaf to facts, and unable to change. My parents had two little children and were terrified, and they were no heroes. Not more heroic, anyway, than any other East German taking to the streets in 1989, knowing full well that every single uprising in Soviet history had ended violently. They did it because the discrepancy between reality as proclaimed by the State and reality as perceived all around them was becoming too much, and their frustration was becoming the worst option available. They also did it – as would become clear with hindsight – because from afar capitalism just looks too good to resist. Either way, the East Germans demonstrated for change, and change they got. More than they had bargained for, and more than most of them could handle.

So this story is first and foremost about radical change. About pivotal events, definite ruptures with the past. Radical change actually builds up over long periods of time, the result of many minor developments that eventually reach a tipping point. Like underground rivers, they can gather strength and momentum out of sight for long stretches of time to then suddenly appear, seemingly from nowhere.

Then there is the second type of change. It is incremental, likewise barely noticeable, but it doesn’t lead to cataclysmic events. Instead, you increasingly stumble across a reality that no longer matches your assumptions of it. At some point, you realise that the world is no longer the one that you took for granted. We adapt to change, we adapt to almost anything, and so we barely notice change until we don’t feel at home in our homes any more. It no longer resembles the place we call home in our minds. Perhaps each event is so minor that we barely take note of it. Perhaps we don’t perceive the connection between these events, don’t see the pattern. Perhaps we perceive it, but don’t know what it means.

My parents were raised in villages ten kilometres apart from each other, and when they married in 1975 they did the traditional thing: they moved into my father’s family home. Much like its neighbours, it’s a two-storeyed, rectangular affair with a kitchen garden and one or two sheds thrown in, and my family has been living in it since the 1850s. My grandparents renovated to split the house into two dwellings: they moved into a flat downstairs, while my parents lived upstairs. This was not only extremely common, it was the practical thing to do in a country experiencing chronic shortage of housing. Hence, normality in Eastern German villages consisted of grandparents doing most of the cooking and childcare, while parents went to work. In my case, my grandfather picked me up from kindergarten, and my grandmother cooked lunch for us five days a week. Sometimes, two of her great-grandchildren living in the next village along would join as well, and when my father opened a small shop in our shed she cooked lunch for him, too. There were a few kids who lived with only their parents, and who consequently had to stay in day care after school, but this was rare, and, to be honest, a bit strange to most of us. As far as normal was concerned, grandparents lived in the same house or perhaps down the road. Normal also meant that we grew much of our own fruit and vegetables, kept a few hens and rabbits for meat. People didn’t starve in Eastern Germany, but fresh produce was never reliably plentiful or especially tasty. And so people stayed in the habit of keeping a kitchen garden, gathering and preserving what they could.

This way of doing things wasn’t unique to Eastern Germany. Village life had been organised around these terms forever, and mainly for practical reasons. It remained viable, even necessary, for longer here because decent flats were scarce, because people never had to move for job reasons, and because women as well as men were expected to work outside the home. It also worked because people didn’t expect to have impressive careers. In fact, having an impressive career wasn’t possible without cosying up to the Party, and so insignificance became rather attractive.

Because (you already know this, don’t you?) my parents didn’t get that better world. They did get foreign holidays, a colour TV and fifteen brands of chocolate to choose from, and they got children who took all of this for granted. They also got to choose between different parties every so often, but they didn’t get to choose a new narrative. People got all these new things ready-made, and they got a ready-made story with it. Capitalism had proven superior, the story went. People had chosen it, had chosen freedom and aspiration. In my village, some people believed this new story more strongly than others. Some fared better with it than others. On the whole, though, people soon realised that the new freedom wasn’t so free after all. The tyranny of the party had been replaced by the tyranny of the market. Their places of work were outcompeted, sold, divided up and sold again to raise a few digits on a computer screen. They were no longer subject to the Stasi, but to shareholders instead. It was fine for the young, flexible and well-educated. They left. They went to Munich or Cologne and often did well for themselves there. They left behind large, rectangular, two-storeyed farm houses and their extended families. They found affluence and opportunity, and in order to do this, they had to let their parents grow old alone, and their children grow up without grandparents. It’s the new normal.

It’s not worth the bother having your own apple tree any more, either. There are plenty of apples to be had at any time of the year, and without the bother. Time is too precious now, more so than money. Nowadays, many of these houses are occupied by only one or two elderly people. It’s hard to manage a kitchen garden if there’s only two of you, and not worth it either. Eastern Germany is ageing and shrinking fast, and my home region is ageing and shrinking faster than average. Capitalism was all about a bright new future, more choices, better opportunities. And if you choose to leave to where capitalism accumulates, you can have all that. Capitalism creates inequality, and it creates losers. That’s part of the narrative, but they forgot to mention that during the 1989 sales pitch.

The ones left behind have often grown bitter, disillusioned. The grand new story has proven a lie, and already other stories are filling the void, fast. One of these is about blame and hatred, another about the virtues of the past. Yet another one is about muddling through, about taking the safe option. The people in charge are baffled, mainly. They think that if only we can make the official story come true for more of these people at the rural fringe, things will be fine. We just have to try harder. We were promised the land of milk and honey, and we will have it. But by now, our own maltreatment at the hands of capitalism isn’t the biggest problem any more. Despite having re-invested some of the exploits of capitalism into cleaning up our rivers and retrofitting our houses and efficiency-rating our devices, it looks as though the story has overlooked a key protagonist. We can correct that, though, people will tell you. In fact, all of this is a great opportunity for German precision-engineering. It will create jobs, market opportunities. Not in the rural fringe, mind, but whoever wants to live there, anyway?

Voids create opportunities. Land is cheap where I come from, relatively speaking. Houses are very cheap, provided you know how to renovate them yourself. In some places, new kinds of people are moving into almost clear-cut villages, bringing new kinds of ideas, rejuvenation. Most importantly, they bring different narratives. To exist, these narratives need room – or rather, the people trying to live them need room to exist. Room is one of the few things my home has an abundance of.

They do many of the things people in my village used to do when I was young. They consume less, not because there is nothing to buy, but because they don’t want to buy it. Instead, they grow some of their own food, raise their own meat. Often, they live together cross-generationally – by choice rather than by default. They can’t step outside the system – nobody can. But they try to re-weave some of the frayed threads, give a different ending to this story.

For them, the discrepancy between reality as proclaimed by the powers that be and reality as perceived all around them has become too great, the frustration too acute. This time round, of course, there isn’t a ready-made narrative waiting to take over. And so it is like navigating with a very rough map. Some of it shows past landscapes, some of it is even blank. It might be a case of drawing the map while walking the path. 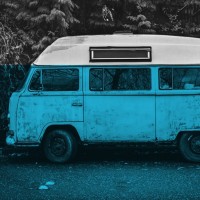 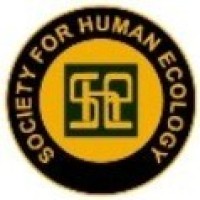 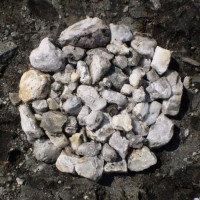 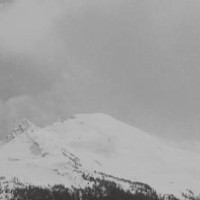 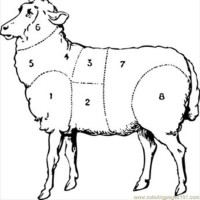 For more than a decade we – photographer Jason Orton and writer Ken Worpole – have documented the changing landscape and coastline of Essex and East Anglia, particularly its estuaries, islands and urban edgelands. We continue to explore many aspects of contemporary landscape topography, architecture and aesthetics, and in 2013 published our second book, The New English Landscape (Field Station | London, 2013), the second edition of which was published in 2015 and is now out of print.

Under a Grey Sky

Adventures beyond the front door...

Swimming Roger Deakin's Waterlog, one dip at a time

walking / writing / between world and word

The Art of Enchantment
Lines of Landscape